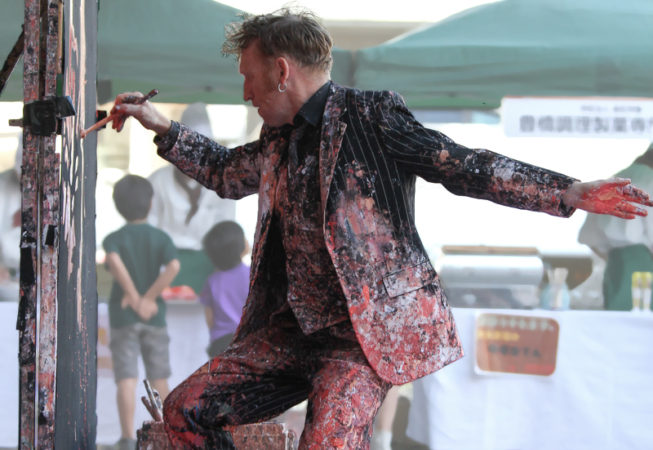 He has been described as a collision between Andy Warhol, Buster Keaton and Jackson Pollock, and performs with lashings of bad boy attitude against a killer soundtrack.

Check Jon Hicks out in advance on: